Nootropics – The Truth about Cognitive Enhancers

Also called ‘nootropics,’ cognitive enhancers are medications or drugs used by individuals for staying awake and alert. They are being considered the drug of the millennium these days. People from all sectors, including students, pilots, gamers, and software professionals, are vouching for the merit and efficacy of cognitive enhancers to increase their productivity further. Before we learn the truth about enhancers, you must know the brief but significant history of nootropics.

A Brief History and Classification

The word ‘nootropic’ was coined in 1964 by Dr. Corneliu E Giurgia, a Romanian chemist and psychologist. Ironically, it was accidentally discovered by Dr. Giurgia and his team while researching a neurotransmitter to help insomnia patients get some sleep. After years of trial and research, the word ‘nootropic’ was decided for the group of cognitive-enhancing drugs meaning ‘towards the mind’.

Apart from nootropics, cognitive enhancers can also be classified into eugeroics and ADHD medications. While nootropics and eugeroics increase your level of alertness and wakefulness, ADHD medications work on the treatment of chronic fatigue, depression, and the psychosis associated with depression.

What Makes Them So Special?

While it is still under research, there are many ways by which cognitive enhancers work on your system. According to some researchers, nootropics act as vasodilators and increase the supply of oxygen to your brain. This increases the supply of nutrients in the process resulting in its better functioning. Another study suggests that cognitive enhancers block the dopamine pathway in the brain. Dopamine, being the neurotransmitter responsible for thinking and reasoning, increases your concentration power and helps you focus to a great extent.

That being said, about the pharmacological cognitive enhancers, supplemental enhancers are as popular as their medical counterparts. While some inhibit the neurotransmitters causing sleepiness, some act as anti-inflammatory agents with others, helping boost serotonin and epinephrine levels. They all have one common factor- they act on the brain to improve your cognitive abilities.

Cognitive enhancers perform various functions related to better brain development, like increasing the efficacy of your brain cells and reducing oxidative stress due to age. While the former improve your academic performance, the latter is useful in preventing senile decay, especially in Alzheimer’s patients. The neurotransmitters released by the cognitive enhancers decrease the heart rate. This enables you to stay calm and relaxed without feeling drowsy.

Improved signaling with cell membrane fluidity in the brain region is another two important functions imparted by the enhancers. They improve your reasoning power and effective brain functioning leading to improved productivity. Additionally, cognitive enhancement enables you to fight against a number of sleep disorders like Narcolepsy, Sleep Apnea, and other work shift-related disorders. Narcotics or Cognitive enhancers via their mode of action enable you to lead an improved quality of life through their brain stimulations.

The ‘Pinch of Salt’ Factor

All good things come with a pinch of salt. While improving your functioning and focusing powers, nootropics come with their set of complications that, if not timely managed, can reverse the entire improvement process. The effect of these drugs lasts as long as they stay in the body. Their overdose to increase the effect puts patients at great health risk for sure.

The most common side-effects of cognitive enhancers include fatigue, jitteriness, sleeplessness, and headache. They start to appear once the effects start to wear off. But recent studies have shown a new set of complications like sleep disturbance, undesired weight loss, along with a shift in risk-taking behavior. This has been marked specially in the student population who diligently consume the medication.

Additionally, an increased heart rate and trouble with vision are some of the adverse reactions caused due to the long-term use of cognitive enhancers. Not to mention, these overdose complications lead to pregnancy loss in would-be mothers and a possible chance of heart attack followed by death to other patients if not treated with immediate medical attention.

However, a recent survey has shown that some over-the-counter medications are not as promising as they seem to be. It is the unknown substances present and consumed by the youth that poses a serious risk factor. Additionally, the increased demand for these drugs has led to their increased supply in the market. Supply that is neither genuine nor moderated or authorized by any legal-scientific team before being sold in the market, poses a serious threat of the risks overpowering the pros and compromising the actual purpose of the drugs to a great extent.

Staying productive in today’s world is important for a variety of reasons. There is no harm in using cognitive enhancers in moderation. But are they worth risking your immune system with overall body function for attaining extra hours of productivity? Cognitive enhancers are the dark horses of the medical world that still need regulatory authority and research studies before drug propagation. 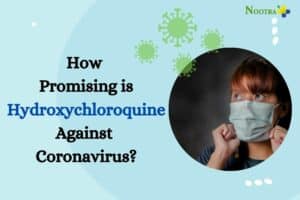